Titan Books are releasing The Complete Flash Gordon Library, collating all the newspaper comic strips in a series of hardback books. A welcome release given how hard it is to get hold of the old Checker Books volumes at sensible prices. If you have not read any of the Flash Gordon strips they are well worth investigating and chock full of gaming and modelling ideas... 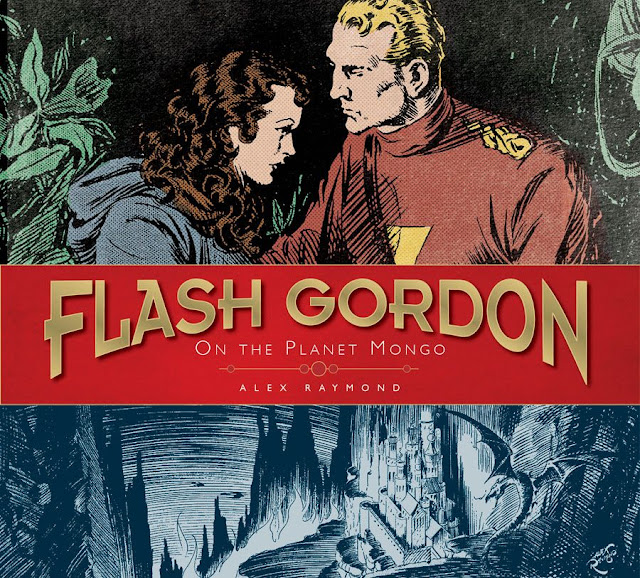 Amazon has good deals on all three planned volumes: 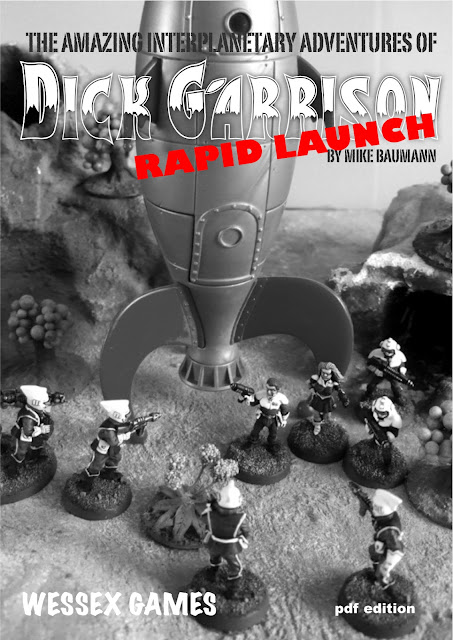 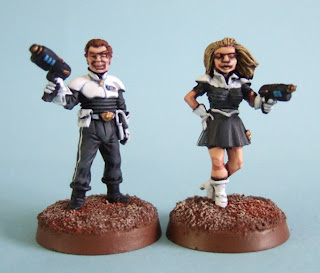 Good news on the Rapid Launch! front in that it should be released - THIS WEEK!

Typesetting and formatting of the 28 page PDF has been completed and all that is left to do is a photo shoot tomorrow before uploading to Wargame Vault. We have decided that whilst it is a 'lite' version of the main rules, it is still a quite substantial product so we will be charging a small amount for it, but we will ensure that purchasers can redeem this against the main rulebook when it is released later in the year.

As a teaser we thought we'd share the contents of Rapid Launch! with you... 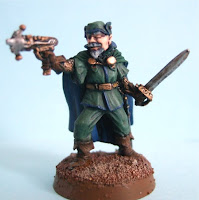 As you may have noticed the release of Dick Garrison Rapid Launch! and the full rule book has been delayed mainly due to the fact that Wargames Supply Dump went offline (no doubt as a result of the machinations of the nefarious Khang the Compassionless) but they are now back (with new figures to boot). Consequently we are looking at releasing  Dick Garrison Rapid Launch! as soon as possible with the main rule book following soon after...
Transmission from: Steve at 14:54:00 1 comment: 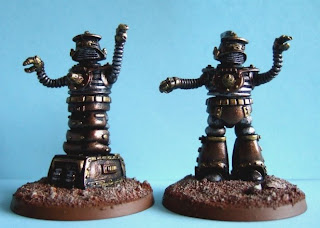 As promised we'll be releasing Dick Garrison Rapid Launch! in May as a taster of the full rulebook to be released soon after.

Having investigated the print on demand option with Wargame Vault whilst we will be making the rules available as POD at some stage, due to the learning curve required (and the purchase of specific software that isn't cheap), this may take some time. However, we will not delay the release of The Amazing Interplanetary Adventures of Dick Garrison because of this and intend to release the PDF edition this summer as originally planned. In the meantime get painting your miniatures!
Transmission from: Steve at 11:26:00 2 comments:

Peril From Beyond The Stratosphere 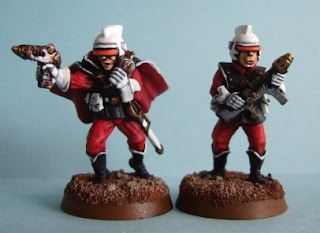 As many of you will know we have been working on a set of Golden Age SF rules to support the WSD Dick Garrison miniatures range. I say we but really mean Mike Baumann who has been toiling away producing a rather epic game that beautifully captures the cinematic feel of the black & white SF serials of the 1930's to 50's.

He has just turned in the final draft and I'm pleased to let you all know that The Amazing Interplanetary Adventures of Dick Garrison will be released this summer. Initially we'd planned to just release this as a PDF but as Wargame Vault are now doing Print On Demand we will be looking to make it available in this format too...

Additionally, as we have done with some of historical rules, we will be releasing a cut down version of the game (currently entitled Dick Garrison Rapid Launch!) for you to try the core systems for free. I'm hoping we'll get this out a few weeks before the main rulebook.

Mike has really immersed himself in the DG universe and has a number of supplements planned and is in negotiations with other "studios" to see whether their "stars" would like "special guest star" billings in
future Dick Garrison adventures...

We all appreciate your patience regarding the rules but like us all Mike has a real life with real life work and family commitments, but I am sure you will be bowled over when you see the final product.

In the meantime you will need to get painting miniatures and you can buy them from WSD here.

FROM the war-planet Khanopia the diabolical emperor targets the Earth with an invisible heat ray, boiling the planet’s oceans and threatening to destroy all life!

THE LEAGUE of Nations reacts to the threat. A fleet of rocket ships containing the brilliant Professor Zapplewell, his able assistant Felicity Goodbody and a force of Space Navy Troopers is soon streaking towards Khango. Under the command of the legendary Dick Garrison, it is a desperate bid to save the Earth from total destruction! 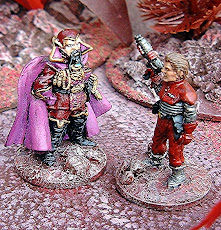